Since its establishment in the Faculty of Science and Technology (FOST) at Uganda Christian University (UCU) in 2008, the Department of Agriculture and Entrepreneurship has metamorphosized into a faculty and as a home of research and innovations to sustainably mitigate food and nutritional insecurity.

The Faculty was first housed the Science and Technology Innovations Group (STIG) headed by Dr. Patrick Mangheni with assistance from Dr. Fabian Nabugoomu till 2010. This group spearheaded and directed research and innovations in Science and Technology; identifying areas of priority for the faculty. The faculty had three departments then namely, Agriculture and Entrepreneurship – headed by Professor Micheal Masanza, Computing – headed by Associate Professor John Kitayimbwa and, Environmental Sciences which was headed by Professor Eleanor Wozei. However, in 2010, a Science Advisory Committee (SAC) was put in place to provide guidance in the area of Science. This was coordinated by then Faculty Dean, Dr. Michael Masanza who became the third Dean of FOST after Professor Fabian Nabugomu joined Kyambogo University as Deputy Vice Chancellor Academic Affairs. 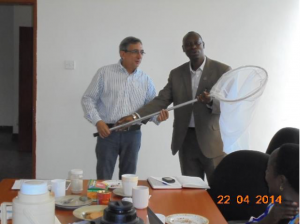 Several milestones were achieved then, key among which was the inauguration and launch of the Technology Park Science Labs building on 26th October 2012, an occasion that was presided over by H.E Yoweri Kaguta Museveni. The Faculty was also involved in several partnerships. Agricultural collaborations were established with BeCA-ILRI, Biosciences Eastern and Central Africa (BeCA) Hub, UC Davis – University of California, Davis and EMBRAPA – Brazilian Enterprise for Agricultural Research), Farmgain Africa- an agricultural practitioner company and CHAIN Uganda. With BeCA-ILRI partnerships, UCU won a grant to conduct research on indigenous vegetables and this was to be implemented through student research. Collaborative research with UC Davis enabled UCU to acquire scholarships for four undergraduate students to pay their tuition for a semester and pay for accommodation and transport costs while on their internship on farmers’ fields. This way, UCU participated in community outreach. As regards to EMBRAPA, the faculty wrote a competitive proposal and was awarded a grant of $70,000 to be implemented over five years starting 2010 -2014. The aim was to investigate possible resistance to pests on farmer-preferred irrigated and rain-fed rice varieties. As a result, UCU managed to purchase some essential equipment such as a stereomicroscope and built research capacity at the faculty. This was facilitated by exchange visits from Brazil to Uganda and vice-versa.

In 2014, Associate Professor Elizabeth Balyejusa Kizito was elevated as the first head of department for Agricultural and Biological Sciences (formerly Agriculture and Entrepreneurship). Within the same period, the faculty, together with collaborators (FarmGain Africa and CHAIN Uganda plus the University of Greenwich) wrote a proposal and won another Euro 250,000/- grant from the Platform for African European Partnership on Agricultural Research for Development (PAEPARD) funded through Forum for Agricultural Research in Africa (FARA). PAEPARD supported sustained partnership that mobilized resources for priority projects that combined African and European institutional and financial resources for mutually advantageous projects. This new grant further promoted UCU community outreach through farmer participatory research in indigenous vegetables to improve nutrition and income security in Uganda. 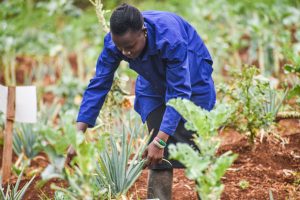 FOST continued to achieve other milestones including recognition as overall winner in the 2012 staff sports gala. Additionally, the faculty was acknowledged as the most outstanding faculty in the university (2013-2014 and 2014-2015) on top of being appreciated for active participation in UCU’s 6th annual open day (2015). In 2015, the faculty recorded another milestone when the Department of Agriculture and Biological Sciences (DABS) initiated two Masters’ programmes in addition to the already existing undergraduate programmes. The first was Master of Science in Agriculture by Research (MSAR) and the first graduation was in 2017. Among the pioneer students under this program was Mr. Nelson Eutu who works with the Sugar Corporation of Uganda in Lugazi (SCOUL) as the Senior Plantation Manager. The second Masters’ program was Master of Science in Agriculture and Rural Development (MARD) and the first student from the MARD programme to graduate was Ms. Mary Nanyanzi; currently working as part time Lecturer in the Faculty of Agricultural Sciences. Furthermore in 2018, another Masters’ programme; Master of Science in Agribusiness and Entrepreneurship (MABE) was started and the pioneer student, Ms. Brenda Nakyewa, graduated in 2020; and now works as a part time Lecturer in the Faculty of Agricultural Sciences.

In 2018, the faculty was credited for valuable participation in the National Council of Higher Education Exhibition the same year in which Uganda Christian University (UCU) emerged as the best exhibitor. Among other notable achievements of the faculty was the organization and launching of the Science Day on 18th March 2020 before the Corona Virus/COVID-19 nation-wide lockdown. The first of its kind in the history of the Faculty and UCU. The memorable event involved the 3 departments of FOST; Computing, Civil and Environmental Engineering and Agricultural and Biological Sciences. The event was presided over by Hon. Elioda Tumwesigye, the former Minister of Science, Technology and Innovation as Guest of Honor.

In 2021, the faculty was also honored by the National Council of Higher Education with a visit intended to officiate the operations of the Food and Nutritional Sciences labs and to flag off the PhD in Agricultural Systems and Value Chain Management. Under FAS, several other initiatives were undertaken and accomplished including development of faculty and department strategic plans, research and innovation plans, curricula review and development among others. 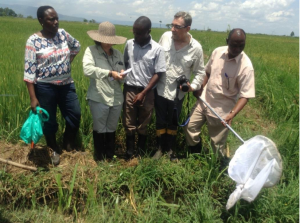 The formation of new directorates in the office of academic affairs saw the appointment of Associate Professor Elizabeth Balyejusa Kizito as the Director of Research, Partnerships and Innovations under the same office (academic affairs). Dr. Rosemary Bulyaba was appointed as the second Dean of Faculty of Agricultural Sciences in 2022 and Dr. John Livingstone Mutyaba as the second head of department for Natural Resource Economics and Agribusiness.